The future of apps look promising because there are the trends in app developments  indicate a strong future.

These are reasons that show why apps will be around for a while.

Hashtags can be used to identify products, services and communication that an individual or business want you to know. 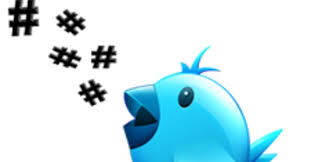 By selecting keywords that are highly searched will drive more traffic to a website and by knowing the inside of the search indexes will help guide you to choose keywords that relate to your website.

According to WordStream there are ways to discover search engine keywords……

“So what’s the right way to discover the search engine keywords that will put your site ahead of the competition? It’s surprisingly simple. Keywords for search engine marketing should be:

Your search engine keywords are a valuable, proprietary marketing asset, so treat them that way! Let’s take a look at how the WordStream Keyword Research Suite elevates the way you handle keywords for search.”

Smart phones have become a large part of a majority of people’s daily routine.  We use them to send messages, emails, marketing, social media, photography,  reminders, talking, and much much more.   At some point some people could trade in their laptops and desktops they use for work and work solely on their smart phones.  This seems to be far off but not as far as we think.

According to Smithsonian Magazine there is an exhibition in the works about the  Natural History of the Mobile Phone.  It is hard to believe how far technology has come with the mobile phone.

“Today, smart phones are an inexorable part of our existence, a fact that isn’t lost on Joshua Bell, an anthropologist and curator of globalization at the Natural History Museum. For the past two years, Bell and Joel Kuipers, an anthropologist at George Washington University, have researched mobile phone culture, along with the myriad facets—ecological impact, cultural variability— that underlie the now-global phenomena.

Bell, who’s currently developing a new exhibition tentatively called “A Natural History of the Mobile Phone,” was this weekend’s first featured speaker at Smithsonian magazine’s 2nd annual “The Future is Here” Festival. A scholar of how cell phones shape our modern lives, Bell took cues from both science fiction and his own research to offer up scenarios on how mobile technology will change…and in the process, change us.”
Read more: http://www.smithsonianmag.com/smithsonian-institution/the-future-is-here-whats-next-for-mobile-phones-180951479/#VbbqRcH6YtBkIi6D.99
Give the gift of Smithsonian magazine for only $12! http://bit.ly/1cGUiGv
Follow us: @SmithsonianMag on Twitter

Consumers are constantly being searched and watched and used as a big part of data that companies and businesses have been collecting for years.  What is surprising to me is our lesson this week teaches us that there is some information we know that is being collected but there is also so much personal and sensitive information we do not know that is being collected and sold about us to other companies and businesses.  Information being collected should be upfront and agreed to by the consumer before a company can begin collecting, storing and especially selling the users information.

Mobile devices are mini computers and are susceptible to breaches.  Consumers store vital information to their mobile devices and if it becomes lost or stolen their identity could be stolen as well.  One way to protect mobile devices would be to have “a remote wiping/disabling program that allows users to quickly clear and disable a lost or stolen mobile device, which can possibly prevent or reduce the magnitude breaches.” (Advisory Board, 2014)

Kate Spade New York is a brand that has a loud presence online in emerging media and excels in various marketing techniques.  They have been successful by embracing interactive media, introducing a blog that has an abundance of interesting categories- Art & Culture, Community, Décor, DIY, Entertaining, Modern Manners, Style and Travel.

There is also a feature of where you can down load prints and backgrounds for your computer, phone or tablet.  The best thing about the blog is that it is always updated and the content is creative, engaging and interesting.

Kate Spade, New York never fails to capture an audience with their whimsical, colorful, classy and sassy ads.  One of the latest ads starring Anna Kendrick in the #missadventure series is capturing.

The blog and the Miss Adventure series are just a few examples of how Kate Spade delivers a unique marketing experience to their viewers, customers, consumers and fans.

Kate Spade’s marketing language changes appropriately with each medium and reaches its audience in the most effective way where they can always expect the unexpected.  They have been able to be consistent with always changing the mood on their blog, introducing new ads that are always entertaining and have a relative theme that pairs nicely together.  This is a brand that has always been able to surprise, excite, imagine and create an atmosphere that is inviting and welcoming.

Everyday products will become smart products which will set them apart from the competition making them more desirable.

The IoT’s is going to change the way businesses market to consumers.  Marketers are going to have to find a way to show that these products are valuable and have more benefits to offer than the other products. Businesses will need to take a new look at their marketing strategies to target these audiences that want and will commit to a new lifestyle.  It is going to be a key component for a business to deliver the right message, at the right time on the most effective platform- for each individual that platform may differ but this is where the strategy will need to take a new approach and become more effective at reaching the targeted audience for each of these objects.

Voice search is the latest and most exciting new trend in search engines and will become one of the most popular ways to search among teens and adults.  The growth of voice search is growing because of the convenience and ease it provides and the quick delivery for answers to questions that are asked- mobile devices are the most common device for voice searches since they are set up for voice recognition.  This makes voice command user friendly when searching on smartphones.

The future of voice search is still growing and expanding but there are great advantages that can be utilized by businesses and marketers today by using research, keywords, specific questions with direct answers and building on what works for the ease of users.